I Got a Cease and Desist Letter – What Do I Do?

I Got a Cease and Desist Letter – What Do I Do? 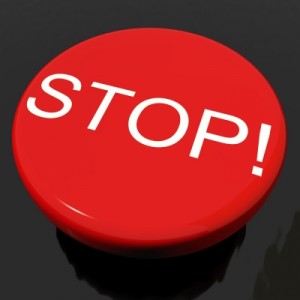 When patent holders want to let someone know that they are infringing their patent(s), they often send what is known as a “cease and desist” letter.  The letter usually mentions the patent number and the product the patent holder thinks is infringing and demands that you stop making, using, selling, or importing it, as the case may be.

Patent holders send cease and desist letters for a number of different reasons.  Some of them want to scare you into pulling your product from the market so it does not compete with theirs (if they have one).  Others want to put you on “notice” that you are infringing because certain types of indirect patent infringement claims (called contributory patent infringement and inducement of patent infringement) can only be made once you have knowledge of the patent.  In some cases, the period for assessing damages will only start once you are on notice that the patent holder believes you are infringing.  These days, many patent holders send out letters that offer a license to their patents without coming out and accusing you of infringement. These should be studied as well in consultation with patent counsel.

So what do you do?  There is no one answer, and you should get the help of an experienced patent lawyer to stay out of trouble.  What you ultimately decide to do will depend on your resources, the strength of your legal position, and the importance of the product that is accused of infringement to your business.  Based on those factors, you can determine how to respond to the letter.  Not every fight is worth having, but some must be had.  Here are some of key questions to address:

This involves comparing the claims of the patent to your product. You’ll need to understand the scope of the claims, which will often require reviewing the patent specification as well as the claims and getting the file history for the patent from the U.S. Patent and Trademark Office to see if the inventors said anything to the Patent Office that explains what the claims mean.

One of the ways to defend a patent infringement suit is to show that the patent should never have been granted in the first place, i.e., that it is invalid.  This requires studying the patent and its claims and often requires conducting a search of prior patents, patent applications, and other pre-existing information (“prior art”) to determine if the patent could be invalidated.  It may also involve looking at pre-existing products that were on sale or in public use before the patent was applied for.

3.       Are you prepared to defend a patent infringement suit?

If you are prepared to fight in court, you may want to consider filing a “declaratory judgment” lawsuit against the patent holder.  This will allow you to pick the court you want to litigate in.  If you don’t know already, the specific court you are in matters a lot.  Some courts are very friendly to patent holders and have difficult rules that significantly favor the patent holder.  Other courts are better for defendants.  The choice of forum can play a key role in the outcome of the case.  Before you file a declaratory judgment suit, however, your patent counsel will need to consider whether the language of the cease and desist letter and other relevant factors are sufficient to allow you to file one.  You should also check the federal court filings to see if the patent holder already filed a complaint against you but has not yet served it.

4.       Are you willing to discontinue the product or take a license?

How important is the accused product to your company?  Could you afford to take a license without destroying your profit margin, and if so, how much of a royalty would make sense?  These are important considerations in determining what to do.

5.       Should you ask the Patent Office to invalidate the patent?

As we wrote in a recent blog post, there are a number of procedures available for invalidating patents, including ex parte reexamination, inter partes review proceedings, and post grant review proceedings.  They all have their own benefits and drawbacks, but you may be able to save quite a bit of money if you can get the Patent Office to invalidate the patent without going to court.  If the patent holder does sue you, you may be able to get the court to stay the case until the Patent Office makes its decision as to whether the patent is invalid.

One important data point is to learn about the patent holder itself.  Is this a company that regularly files patent infringement lawsuits?  Does it have a lot of resources?  The federal court records can be searched to determine how often the patent holder files suit.

Generally, it is not a good idea to simply ignore cease and desist letters.  However, you do not necessarily want to litigate your case in your letters to the patent holder, either.  Some patent holders have no interest in hearing what you think about the merits of their case, and anything you say may be used against you.   One strategy is to come back with questions that seek to force the patent holder to explain its case.  If the parties are really interested in discussing the merits, it may make sense to meet and to agree that nothing said can be used in any future litigation without creating a paper trail of back and forth letters.  If the patent holder is an aggressive litigant, you may want to simply respond by filing a declaratory judgment lawsuit (if the facts warrant it).  The way you approach the situation should be based on the answers to the previous questions above.

Patent litigation is often like a chess game and involves considering your opponent’s possible moves and countermoves.  There is no one size fits all approach to handling cease and desist letters, but answering the foregoing questions should help you develop an appropriate strategy.