We have observed many instances in which clients and patent attorneys communicate with one another like “two ships passing in the night” because they operate from different paradigms when speaking about patent issues.  Such miscommunications may often go unnoticed and uncorrected.   Of course, this can result in bad business decisions and other problems depending on the nature of the miscommunication.

In our experience, those clients who do the best with their patent portfolios are those who learn some patent law, at least at a general level, and know how to “speak a bit of patent.”  In this post, we explore a conversation that we have had numerous times with clients and which invariably leads to confusion: the question of whether a patent “covers” something.  On several occasions, our clients have asked whether one of their patents “covers X.”  The conversation usually reveals that there is a difference in the way that clients and attorneys understand this question.

The question of whether a patent “covers X” can be understood in several ways, including the following:

1. Does the patent disclose X?

2. Do the patent claims include X?

3. Do the patent claims prevent others from practicing X?

The difference is critical and frequently arises when clients inquire about their own patents.  Let’s say that X is a brake mechanism for bicycles.  Let’s also assume that during the prosecution of the patent, X was not–in and of itself–deemed to be novel and non-obvious.  As a result, the issued patent claims do include X, but they also include Y, which may be another bicycle feature such as a derailleur.  In this case, the answer to questions 1 and 2 above will be “yes” but the answer to question 3 will be “no.” That means that a competitor could make a bicycle with the X brake mechanism without infringing your patent, in which case you would not be able to use the patent to stop it.  Of course, the patent attorney “covered X” in the sense that he included it in the application and the claims, but often what you really want to know is the answer to question 3

an X brake; and 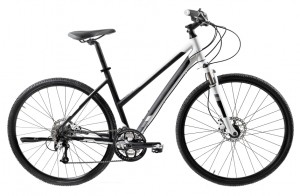 Keep in mind that a patent only excludes others from making, using, selling, offering to sell, or importing a product that meets each limitation of a least one patent claim, either literally or under the “doctrine of equivalents.”  The limitations other than X may provide competitors with a way to design around a patent claim that requires both X and Y because if they avoid using Y, they avoid practicing your claims and do not infringe.

The foregoing can be critical because if your commercial product has a Z derailleur, a claim requiring an X brake mechanism and a Y derailleur would exclude your own product and not “cover it” within the meaning of question 3.

You may believe that if you have a claim directed to X, you can make a bicycle including X.  This is not a correct assumption.    A patent provides a negative monopoly, which is referred to as a “right to exclude.”  Patents do not confer a right to practice.  The X brake mechanism may have some new features that are patentable. However, it may also have features that are covered by earlier, existing patents.  Therefore, regardless of whether your patent “covers X,” the patent provides no guarantees that you can actually commercialize the patent without running the risk of infringing earlier patents.  The best mechanism for evaluating the infringement risk is to perform a “right to use” or “freedom to operate” study.  What’s one of the best ways to learn “patent”?  Ask your patent attorney!