Can I Make My Patented Product?—The Negative Monopoly Provided by Patents

Can I Make My Patented Product?—The Negative Monopoly Provided by Patents 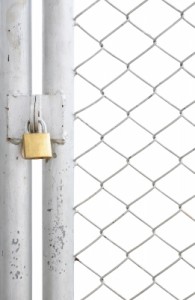 One of the most frequently misunderstood concepts in patent law is that it is a negative monopoly.  That means a patent provides a right to exclude other people from making, using, selling, offering to sell or importing what the patent claims.  However, that right to exclude does not confer a right to practice the patented invention.  It is quite possible that your invention is patentable but that you nevertheless cannot commercialize the invention without infringing someone else’s patent rights.

Here is a simple example of how this can play out:  Suppose that person A obtains a patent on a pencil; nothing more, just a simple pencil.  Person B comes along and gets a patent on a pencil that has an eraser stuck on the end of it.  Person B may well be able to obtain a patent for his pencil/eraser combination, and the combination may have great commercial value.  However, if Person B were to make the pencil/eraser combination, he would infringe person A’s patent.  Therefore, he cannot legally do it without a license from person A.

If you want to be able to commercialize an invention, and especially if the investment will be large, it pays to have a patent attorney perform a “right to use” or “freedom to operate” study.  In a right to use study, a search is conducted for patents that are in force and which relate to the subject matter of your intended product or service.  The claims of the patents obtained in the search are then reviewed to determine whether your product may infringe any of their claims. The review may often by “phased” by first identifying those patents that can be quickly eliminated based on their claim language alone and then identifying those that require closer study.  While a patentability search focuses on the entire disclosure of prior patents or patent application (regardless of whether the patent is expired or whether the patent application ever issued as a patent), a right to use search focuses on the claims of unexpired patents.

Closer study may reveal that the infringement of a particular patent will turn on claim construction issues.  In that case, management may decide that the patent presents too much of a litigation risk to move forward with the product or that the product should be modified to more clearly avoid infringement.  In addition, an invalidity study may be commissioned to identify prior art capable of invalidating the patent should litigation arise.

If management decides to move forward with the product, it may be advisable to obtain an opinion of counsel.  An opinion of counsel is a detailed opinion letter setting forth the legal and factual bases for concluding that a patent is not infringed, invalid or both. It involves reviewing the specification and file history in detail to identify claim construction issues that may affect whether a particular feature in a product or piece of prior art falls within the scope of the claims. It also involves consideration of the doctrine of equivalents.  The doctrine of equivalents considers whether a product includes features that are equivalent to a patent’s claim elements, even though the features are not literally the same as the claim elements.