Are You Sure You Own That Technology?

Are You Sure You Own That Technology? 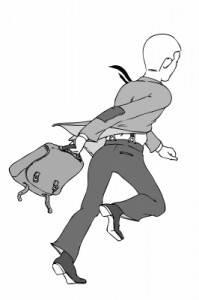 Can Your Employees Run Off With Your Technology? (10incheslab/FreeDigitalPhotos.net)

So, you hired a brilliant engineer to design a new medical device for your company.  He used your computers, your staff, your vendors, your testing equipment, and developed it on “company time.”  He received the salary that was agreed-upon for his efforts.

The device looks promising.  It could be a real game-changer.  Realizing this, your engineer decides to leave and form his own start-up company to manufacture and market the device.

What Does His Employment Agreement Say?

Hopefully, you have your employees sign an employment agreement, and hopefully it includes provisions concerning who owns and can use the inventions, know-how, etc. that the employee develops as part of his job duties.

Generally, it is a good practice to include provisions in the agreement by which the employee assigns all rights in any inventions, discoveries, copyrightable works, and other forms of intellectual property to the company.  It is also a good practice to include a provision that requires the employee to sign all necessary documents to perfect the company’s ownership interests, such as assignment documents filed with U.S. or foreign intellectual property offices.   Be sure to check with your attorney to determine how to draft such provisions to make them enforceable.  Some states require that you provide employees with notifications related to statutory provisions that govern such assignments.

In addition, your company likely maintains confidential information and trade secrets that are critical to its business.  Include provisions in your employee agreement which require the employee to maintain such information in confidence and which forbid the use or disclosure of such information for any purpose other than the employee’s performance of his assigned duties.

In many—but not all—states you can include non-competition clauses which preclude the employee from working in a related field for a period of years after he leaves your company.  You should consult counsel in your state to determine if such provisions are enforceable.  However, where they are, they can provide strong protection against an employee that would otherwise jump ship to a competitor.

I Don’t Have an Employment Agreement, So Who Owns the Patent Rights?

Unfortunately, unless the employee signed an assignment transferring his patent rights to the company, he owns them.  A common misconception among business owners is that they own everything developed by their employees.  That is not necessarily the case.  Under U.S. law, the named inventors are the owners of a patent unless and until they assign their rights to someone else.  Therefore, if you have no assignment and no employment agreement (or one that does not include appropriate IP ownership provisions), the employee is the owner and has all the rights of an owner, i.e., to grant licenses and to exclude others form making, using, or selling the patented invention.  One exception to this is the case where the employee was specifically employed to invent, in which case courts may infer that the parties intended for patent rights to be transferred to the company.

If the employee developed the invention on company time using company property, your company may have an implied, non-exclusive license known as a “shop right.”  However, that simply means that the company can make, use, and sell the patented device without being liable to the employee.  It does not prevent the employee from making patented products under the patent or from granting licenses to others to do so, including his new start-up company.

Is It a Trade Secret?

But, you protest, the new medical device is not known publicly and is a trade secret of my company.  Surely, the employee cannot take it and start his own company.

Simply because information originated in your organization does not make it a legally protectable “trade secret.” Instead, certain legal requirements must be met for information to be accorded trade secret status.  For example, under the Uniform Trade Secrets Act or the variants thereof enacted in many states, information must meet the following requirements to qualify as a “trade secret”:

“Trade secret” means information, including a formula, pattern, compilation, program, device, method, technique, or process, that is both of the following:

(i) Derives independent economic value, actual or potential, from not being generally known to, and not being readily ascertainable by proper means by, other persons who can obtain economic value from its disclosure or use.

(ii) Is the subject of efforts that are reasonable under the circumstances to maintain its secrecy.

Is This News To You?

If any of the foregoing seems surprising or is new to you, this may be a good time to take a look at the company’s key intellectual property and make sure that the appropriate assignments are in place.